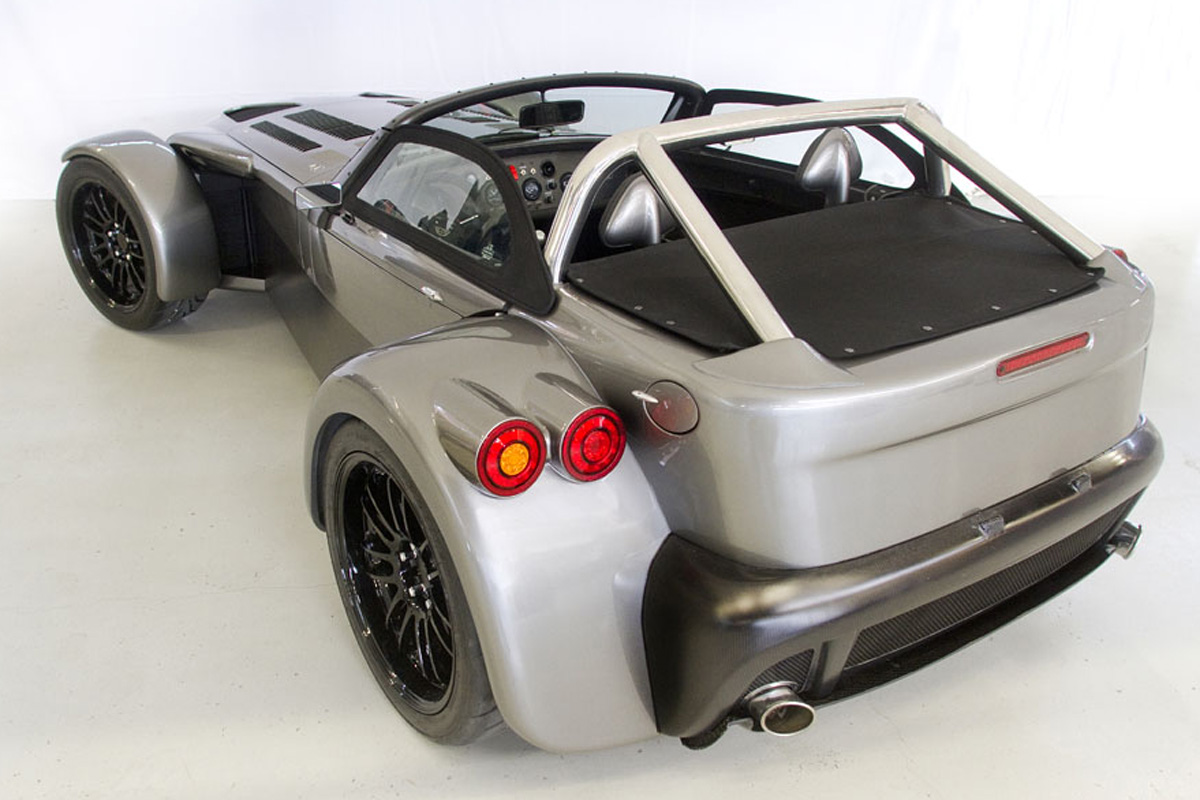 Torsional stiffness increased by 200% by adding the carbon fibre sidepanels, doors are made in one cycle. The production of the carbon parts is done by my colleage and me.

Wow that’s nice! How many will be produced? Are they going to be sold in the states?

Speak of the devil. After viewing this thread I went to Jalopnik and guess what I saw?

Lol its funny how that works. Great reading material!

The plan is 25 next year, but I need some personnel to do that. We need to build production moulds too… and some repairs and development of new parts, haha. They are sold to where ever you want them

And probably I’m not around when the production moulds are finished, haha.

The plan is 25 next year, but I need some personnel to do that. We need to build production moulds too… and some repairs and development of new parts, haha. They are sold to where ever you want them

And probably I’m not around when the production moulds are finished, haha.

Also I don’t mean to pry but what issues are there with working at your company? I only ask because I’m trying really hard to work at a company that really cares about what they make, and I’m really hoping they make cars. The company you work at seems to be like that. I’m just curious what issues may lie with that sort of business.

Thanks for sharing though! I really like your work.

Susho, I to saw this on Jalopnik too and I knew it was yours based on some of your previous post’s. Very cool stuff.

Beautiful Susho!!! You know I can appreciate everything about that vehicle!

I have two questions.
I watched the video and it seems like a lot of the lead engineers are young, maybe 30 or 40? What’s up with that?

What issues, well, they’re mainly carbuilders. They come from an aluminium and fibreglass background, so we have to be a bit creative sometimes in creating the products wich are designed. They design a car, not composite products.

@2talljohn: you know Saab cars are for people that do not have sex anymore? hope that helps…

@canyon: they are hiring, grab that chance!

@canyon: they are hiring, grab that chance!

Time to apply. Hopefully they let me interview through Skype

In English too! I just visited the website and I can’t read half the words!

Dammit… What if you just havnt had sex in a while? I’ll get a Volvo. If I go any longer with out sex I’ll have to downgrade to a Saab… :(.

Volvo? Hmmm, indeed for more “relaxed” people. However, the one my mother had was quite exciting (250 bhp). Unfortunately Alzheimer and cars did not mix…

@Canyon: I do not think English would be a problem. About 80% of the people in Holland speak English. (with accent, but hey, how is your Dutch!). And the other 20% are not worthwhile to speak to anyhow.

If some things need to be arranged, I am sure Johannes (susho) and I are able to help.

Well that’s good to hear. I’ve tried applying to BMW, Ferrari and Pagani but all require fluency in European languages which I don’t have. Needless to say I didn’t get a call back.

Thanks for the tip Herman, I’m seriously considering this. Susho, I’ve sent you a PM with some questions.

English no problem. I had a french trainee a while back, his english wasn’t too good, neither is my french. But with hands and feet you’ll get far! haha. I’ll post you a reply!
English version here btw: www.donkervoort.nl/en/about-us/jobs-vacancies

They’ll need 2 or three people I guess, to get production running. Preferbly someone with mould building experience too, We’ll be doing that for probably most part of next year, next to production out of prototype mould, for as long as they’ll hold. (with we, i don’t really mean myself

Thanks Herman, you know a bit on how it’s been build, doesn’t look bad from pictures does it? But as a builder I can show you a lot… luckally my personal standarts ar way higher than the factory’s, so when I feel it’s not that good, they think it’s ok

And the rest of you, thanks!

Italians and Germans are a different ball game. Same for France, although at Bugatti you might have a chance (although they do not require composite people, as that stuff is all outsourced)

Ferrari is not fond of composites, BMW is, however. See this link:

I guess it is the smaller European countries that are more open to foreign people and people not speaking the language of that country. At least if you are from another “Western” country. (no rants here, it is just the way it is)

@ Susho: Indeed, well done. I will pay you a visit in Januari.

Ferrari is not fond of composites,

In a interview I read a Ferrari engineer said they didn’t like composite tub/chassis because the cost of repair would be so high if the owner gets in a accident.

One of the advantages of the donkervoort chassis is that it’s often repairable. The welder fixes the metalwork, I build a new sidepanel. Cheaper to build too, and we see more potential to perfect and develop in this direction.

Audi uses composites too, outsourced to a facility in Austria I believe. For their R8.